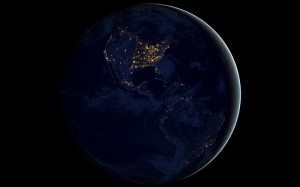 Last January the Suomi NPP satellite captured the Blue Marble Image of Earth. Now the Visible Infrared Imaging Radiometer Suite VIIRs instrument using its enhanced capabilities to do observations at night has captured the same image but not in day light, at night. This image shows the land masses and lights of the cities as seen from orbit at night.

Video of Earth at night 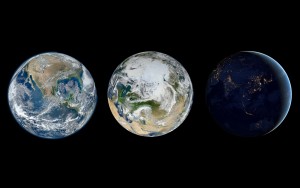 This Image shows the Blue Marble, White Marble and Black Marble from the same instrument.