Physicists Get Closer Than Ever to finding the Higgs boson 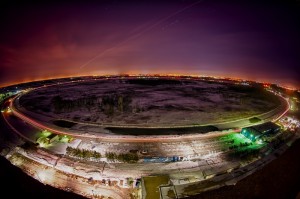 Scientists in America have found strong hints that the rumored Higgs boson particle is real.

“This is a very exciting week — it may be the most exciting week in physics since I became a physicist,” Joe Lykken, a theoretical physicist at the Fermi National Accelerator Laboratory .

The Higgs boson has long been thought the key to resolving the mystery of the origin of mass. The Higgs boson is associated with a field, called the Higgs field, theorized to pervade the universe. As other particles travel though this field, they acquire mass.  [Top 5 Implications of Finding the Higgs Boson]

To claim a true discovery in science, physicists  must wait until their statistics reach the level of “five sigma,” meaning there is a one in 3.5 million chance the signal is not real.

We’re close to 3 sigma,” said Fermilab researcher Rob Roser, a cospokesperson for Tevatron’s CDF experiment. “What that means is I’d be willing to bet your house, but not mine. At 5 sigmas, I’ll bet my own house.”