Newt Gingrich, Advocate of Space, Moon base, but NASA? 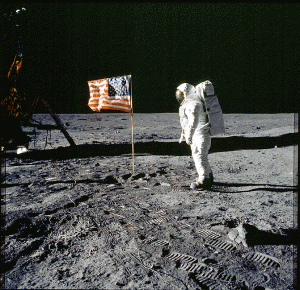 Lofty goals such as manned moon base by 2020, but are they real?

Editorial – With the election campaign in full swing Newt Gingrich has recently been stumping Florida and has had some interesting things to say about his view on the exploration of space and the future. One interesting item he has stated as a goal is to have a permanently maned moon base by 2020, the end of his second term. That is a mere eight years from now. Is this even possible? At first glance one would say most likely it is not. The NASA SLS heavy lift rocket is not even slated to be ready until 2030, this is not part of the current plan or timeline NASA is on and it will take a leap of faith to think we could actually accomplish this goal. But the same thing could have been said about our goal to get to the moon in the 1960s. In reality that was a much harder task.

How does Newt think we can do this. He has been a vocal critic of NASA, saying it is too bureaucratic, not capable of projects like the 60s moon project, and inefficient. So how does he expect to get back to the moon? He wants the private sector to do it.

Newt wants to change the way NASA does business. He wants to transform NASA and rely on American ingenuity and innovation. Ten percent of NASA’s budget would be dedicated to the creation of prizes, like the X prize, to foster creativity. This would amount to about 2 billion dollars a year.

Newt Gingrich has always been an advocate of space exploration. For example has tried to introduce legislation in 1981, the Northwest Ordinance for Space, that would enable a moon colony to become the 51st state upon reaching a population of 13,000 residents. He serves on the National Space Society Board of Governors. “I am sick of being told we have to be timid,” Gingrich stated in Florida on Wednesday. ” He added: “I’d like to have an American on the moon before the Chinese get there.”

With companies like SpaceX making very real strides in development of manned capsules and heavy lift rockets perhaps his dreams are not so far fetched, just a bit aggressively scheduled. A vibrant space program is a wonderful goal. How we get there is not quite so clear but it is good to at least here it being discussed and talked about as something he takes seriously. NASA vs private sector will have to be seen but there are some very exciting things happening and perhaps NASA guidance and leadership of the private sector would be a good thing. The American public will soon enough let the world know when they vote.