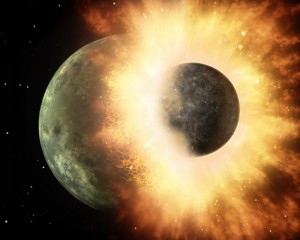 Will the world end in 2012 or will we learn we are not alone?

With 2012 just a few days away what can we look forward to in the coming year? Of course there is the prediction that on December 21, 2012 the end of the world will be upon us. If that is true time to party hard! Of course the data that supports this “claim” is less than … scientific….Let’s take a look at some of the developments in 2011 and see what they may help us find in 2012.

First Earth like planet could be found within the habitiable zone.

Kepler has found many many planets around other suns. For the first time in 2011 planets have been found within the habitable zone. The space telescope has also found Earth sized planets around other suns. There are now thousands of new candidate stars with planets and in 2012 we may for the first time find an Earth sized planet within the habitable zone. The thought of this is very exciting. A planet, that could contain water, the same size as our own orbiting another sun. This will be an amazing find, when, not if, it happens. Of course this will not mean that there is life there but the odds are getting better and our future research will now have a much smaller more refined place to hunt for signs of life. 2012 may be a good year to bet on the first true Earth like planet.

SETI increases odds of detecting a signal in 2012

As reported here on KnowledgeOrb SETI is now using the Kepler data to refine it’s search for a signal from another civilization. Now that we know where planets are around other suns SETI can focus its attention to these solar systems instead if randomly pointing at stars in hopes of detecting a signal. While we could get into a discussion about Drake’s equation and the odds of detecting intellegent life the bottom line is how ever small the odds were before they just got better. Maybe, just maybe in 2012 the refinement of this search with the new data from Kepler will result in our first contact with another intellegent life form.

Physicists have waited for decades for this super collider to come on line and it is finally producing some exciting new science data. A tool this ground breaking and sophisticated is hoped to answer some of our most fundamental questions in physics. It is starting to product results. Scientists remained cautious about their findings and insisted they did not represent an official discovery, but admitted the results were “intriguing”. “Our new measurements are a great way to test theoretical calculations of the forces that act on fundamental particles, and will move us a step closer to understanding how the Universe is held together,” said Miram Watson, a British research fellow.

Perhaps there is something to the end of time predictions after all. If this is the year that we actually detect life outside our solar system that indeed will be the end of an era for mankind. Perhaps in the some future time it will be seen as the end of a dark age. If indeed we do detect life, and not just life but intelligent life the very nature of that detection means that we will start to learn about them. Radio waves we find will not be a simple beep but will contain data. Just as our radio and television broadcasts do today. We will figure out how to decode this data and we will start to understand the way another intelligent life form thinks, what there values are, how they live.

Indeed this will be the end of mankind’s inward looking self absorbed obsession. We will in some way be less important. If we destroy ourselves there will be others that will continue to evolve, perhaps they will be better than we are. Maybe we can learn from them and we will start to appreciate how special our little blue marble is. No one can predict how we will react but one thing is for sure. We will change, and be changed forever.

The year 2012 could be very exciting, we have seen some significant hints in 2011 that could mean we area about to make some real leaps in science. Lets hope so!