Would we know if we were being watched by UFOs or Aliens? 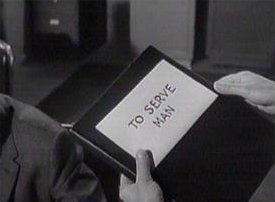 With all of the videos, first person sightings, and people who now have cameras in their phones, it would seem probable that we would, by this point, have seen some real, verifiable evidence if we were being visited by an intelligent species from an alien civilization. To date there has not been even one instance of irrefutable evidence showing that we have been in the company of  intelligent beings beyond our own planet. If indeed we were being visited we would have no way to know they were here. Think about it:  when we want to observe wildlife, we create a blind or hide ourselves in such a way that the animal being observed has no idea we are even there. If a culture is developed enough to get to our little blue marble then they are also developed enough to be able to hide themselves, perhaps in plain sight. If I were in charge of monitoring mankind, assuming I didn’t have a cloaking device, I would create a “hide” in which I could travel, observe, and easily move about the planet. For example, why not make my “UFO” in the shape of an airplane?  It would not even get a second look by the people on the planet.

In this way, we could have a more advanced species all around us and never even know. Would we be better off by knowing? Probably not. From the alien observer’s perspective, they obviously do not want to take us as slaves or write a book called, “To serve man” that is actually a cook book. If they are hiding, it means they are here to observe and document, just as we do when we observe wildlife here on Earth. Since they have not chosen to let us know they are here and, by definition, they are more advanced than us, it follows that they must have a good reason for not wanting to be seen. From a developmental standpoint, perhaps they have learned from other cultures the correct point in time to let themselves be known. Would a culture fall apart or into chaos if told too soon that it was not the only representation of life in the universe? Have they learned this by making a mistake in the past? I think that we, being the less developed species, need to trust their judgment. It is not like we really have a choice anyway; we will know about them when they want us to know and not before.

One thing that we have on our side to make us more comfortable and reassure us that they are not here to eat us or make slaves of us is the fact that intelligent life is just that, intelligent.  A culture that can traverse the galaxy and get to our little planet would have all the technology it needs to do its bidding and would not need slaves, a new food source, or, heaven forbid, to impregnate our females.

Rest easy, we have nothing to worry about….unless they do have a cookbook called “To Serve Man”….

One thought on “Would we know if we were being watched by UFOs or Aliens?”