Take an aerial flyby of Pluto 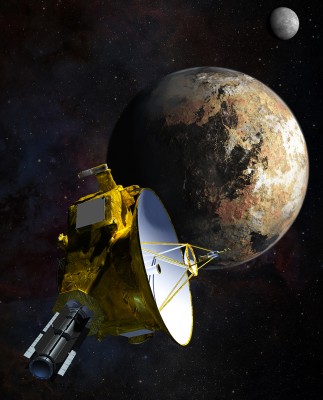 The latest images (as of Sept. 11, 2015) downloaded from NASA’s New Horizons spacecraft were stitched together and rendered on a sphere to make this flyover.

This animation, made with the LORRI (Long Range Reconnaissance Imager) images, begins with a low-altitude look at the informally named Norgay Montes, flies northward over the boundary between informally named Sputnik Planum and Cthulhu Regio, turns, and drifts slowly east. During the animation, the altitude of the observer rises until it is about 10 times higher to show about 80% of the hemisphere New Horizons flew closest to on July 14, 2015.