Are Flat Earthers Just Stupid?? No. 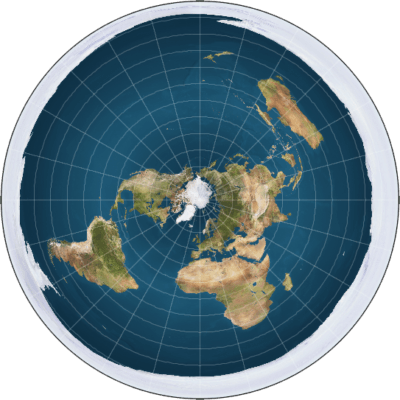 There has been a recent increase in discussions on social media about the “fact” that the Earth is actually flat. There have been sports figures and celebrities who draw attention to it and lend a certain credibility to this view by agreeing and backing the Flat Earth view. Are they just plane stupid? No, they are not. But they do display something which is much more distributing, which is a type of either purposeful, or perhaps unintentional selective ignorance. I started watching the Flat Earth videos because I thought they were amusing and silly. Some of them are actually entertaining in some weird way, and others are presented in a more fun and supposedly fact based way such as those by Orphan Red. 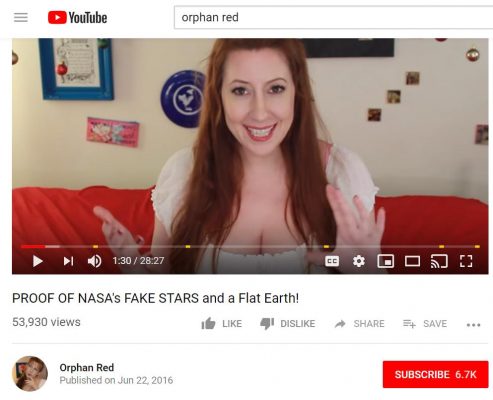 While I still find them amusing to watch something more troubling seems to be occurring due to this selective ignorance which is more pervasive than simply giving some kind of fake data for flat Earthers to use to back their claims. You can see it in areas of politics where one side uses dubious facts to make there points, conspiracy theory’s about space exploration, UFOs, and aliens. If you take what you hear with a grain of common sense it is all quite amusing, but common sense is becoming less and less common and there is a danger there.

Selective ignorance, intended or otherwise has resulted in the drawing of conclusions backed by facts that are just not true. The presenters try to connect the dots and draw a picture that backs their own forgone conclusions. They do this while bashing the scientists and others who the Earthers claim are also using selective ill-logic.

I don’t want to get into how dangerous this can be for society but I will say that it is clear how the dark ages occurred. This same kind of twisted logic was used to prove people were witches, prove illness was due to demons in your stomach etc. etc .etc. The Flat Earthers really make it obvious how the dark ages was able to slow the progress of man and our societies. They would have been right at home in that time.

In any case I will debunk a few of the “fact” based conclusions they have made that “prove” NASA is trying to deceive all of us and the globe earth is part of the giant conspiracy by the man. I will start with the famous Blue Marble pictures. 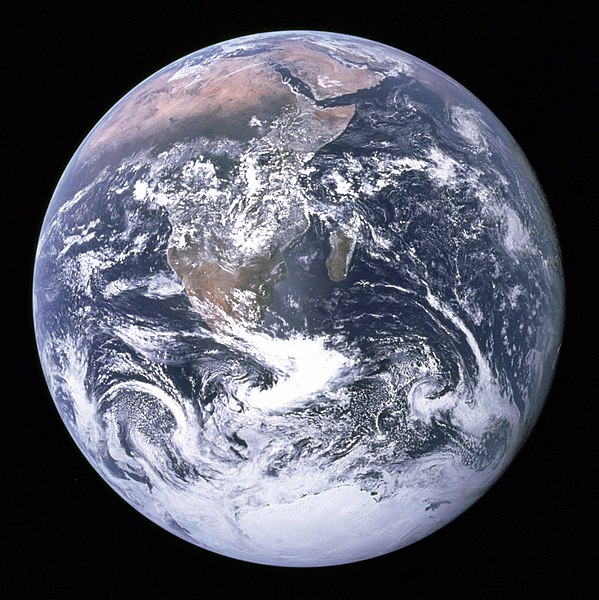 Of course this is all CGI and faked say the Earthers, because it cannot exist. As proof the famous blue marble images taken during the Moon missions are compared to ones taken more recently showing Earth looking differently. HOW CAN IT BE DIFFERENT they say!!?? OBVIOUSLY FAKE!! Well….not so much. The pictures I have seen used the most for this are the images taken by the NASA/NOAA NPP satellite in 2012. This is a beautiful image of earth but indeed they are correct in that Earth does look different. 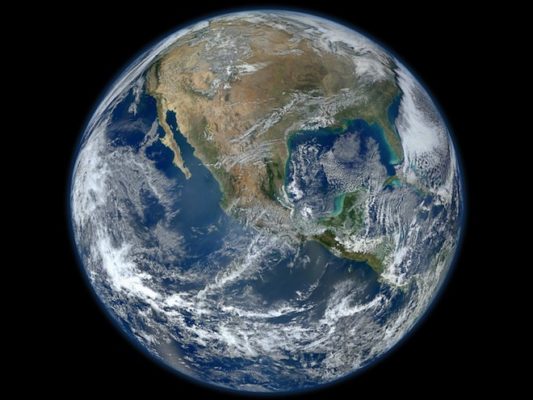 Why? Well this I where you have to insert ill-logic and selective ignorance to come the the conclusion the Earthers have. The image taken by the astronauts was from thousands of miles away and earth was entirely contained in the single frame. NPP is in Low Earth Orbit or LEO. Its orbit us about 833km or 518 miles above earth,,,,NOT THOUSANDS OF MILES away like the other blue marble pictures. Being in low earth orbit it circles earth about 15 times a day an can only capture strips of images as it passes over. It is not high enough to capture the entire earth in one image. To create the NPP Blue Marble image in 2012 these strips were stitched together to make a complete picture of what it would look like from the low orbit. Had the flat earthers bother to read just a little they would have found this was clearly stated by NASA. If you simply go to Wikipedia https://en.wikipedia.org/wiki/The_Blue_Marble you will see it is explained there. To quote it states “The image was created using a near-sided perspective projection with the viewing point placed 2100 km above 20° North by 100° West. This projection results in a very wide-angle presentation such as one might get with a fish-eye lens, and it does not include the whole hemisphere. “ Hmmm….. 30 seconds of research,,,100% debunked! ACTUAL logic and facts win again….Oh wait…maybe not as the Earthers say Satellites cannot exist anyway. I also have heard Earthers say there are no recent pictures taken of earth’s entire sphere…well….wrong again The GOES satellites take an entire image of the sphere every 15 minutes for NOAA and you can see them live as they are as they downloaded anywhere on the internet, or your local news station. In any case I hope you found this interesting. I hope this can help stem the flow of mis-information that seems to be taking more of a foothold in society and social media, celebrities and in general today.

One thought on “Are Flat Earthers Just Stupid?? No.”