The MarsOne project is looking for people who want a one way ticket to Mars.

They plan on having them there by 2023. The MarsOne project web site is full of information about the goals of the project, but there is a certain lack of substance. This is a private, not for profit venture to colonize Mars. Lack of substance aside they are getting attention as CNN featured a story on them and they have over 90k in Facebook likes. The reality of their plan will be the source of another article but boiled down here is what they plan to do.

MarsOne will use commercial launch vehicles, the Falcon 9 heavy lift for example, as well as existing manned technology such as the Dragon capsule and modify them for their needs, For example they want to turn the Dragon capsule into part of the living habitat once on Mars. They will send automated habitats to create water and oxygen before the new Martians arrive. Once there the explorers will use the water on Mars to sustain them self as we as provide oxygen and grow crops.

They are looking for people to apply who are ready for this to be a one way trip, the travellers will not be returning. They already have 30,000 applicants (you have to pay to apply) so there is some real interest in this plan. A one way trip is actually not such a bad idea as we are not 100 percent sure there are no harmful bacteria on Mars, we would not want a return astronaut bringing them back to the human race. Unlike the Moon, Mars at one time did have the conditions on it to harbour life and there is a chance it is still there. 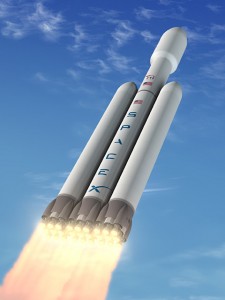 As for the cost they estimate it will cost 6 billion dollars to fund this venture, but of course they have not raised the money yet. They state they have to do more engineering to get an accurate cost and this is an estimate, that seems obvious.

According to their web site:

“The Mars One Foundation is a not-for-profit organisation that will establish a permanent human settlement on Mars in 2023.
A reliable surface habitat will be set up before the first crew lands; more settlers and cargo will follow every two years.
Our plan is realistic because the technology needed already exists and can be purchased from the private space industry.”

Lofty goals indeed. Especially considering there appears to be a lot of goals but little engineering behind most of what is on their web site. They are to be applauded for their efforts, we just hope there is some more substance behind them soon.