U.S. Rockets back into space with Falcon 9 Launch 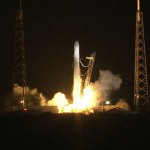 This evening at 8:35pm edt. the first commercial re-supply mission to the International Space Station had a picture perfect launch and a flawless ride for the Dragon capsule to orbit. This also marks the return of the capability from U.S. soil to launch payloads to the station. The United States has had rely on Russia since the retirement of the Space Shuttle for these missions.

Though the United States still years away from being capable of launching manned missions once again into orbit, this is a special occasion as it is an important step for NASA and the commercial launch industry. The Dragon will arrive at ISS with over 1000 pounds of supplies in three days.

This is the fourth launch of a Falcon 9. Most new rockets experience a failure in the first three launches. So far so good for the Falcon 9. SpaceX predictsthat it will have high reliability based on the philosophy “through simplicity, reliability and low cost can go hand-in-hand”. 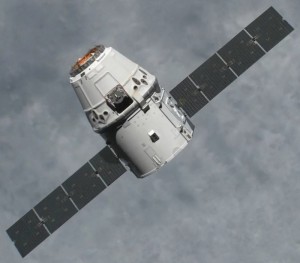 The International Space Station has been in service for 10 years with of continuous human occupation as of Nov. 2, 2010. Since Expedition 1 launched Oct. 31, 2000 the space station has been visited by 204 individuals.

2 thoughts on “U.S. Rockets back into space with Falcon 9 Launch”