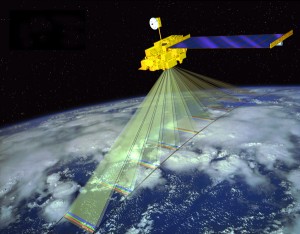 Above our heads in low Earth Polar Orbit a series of aging Earth Observation satellites is beginning to slowly break down and shut off. As this happens we will  degrade the ability to observe critical data needed to accurately predict weather events in real time and the long term. For example items like hurricane Sandy’s ground track and global warming will suffer. You may remember NASA’s “Mission To Planet Earth”  back  in the 90’s. This initiative was a demonstration that while NASA considered exploration of other planets in our solar system important, they also believed Earth deserved it’s own mission.

Slowly the Mission To Planet Earth started to fade away as administrations changed. As time passed  it was thought that NOAA should be in charge of Earth observation satellites. So a partnership was formed with NASA/NOAA and the Department of Defense to build and fly these important satellites. This program was known as NPOESS or the National Polar Orbiting Satellite System.  NPOESS was just as successful as you would expect any project co-lead by three government agencies would be. NPOESS went billions over budget and fell years behind schedule, but that is another article. The delay caused by this dysfunctional structure has resulted in an Earth observation satellite a data gap. The current generation of satellites will be shutting down before the new generation, called the Joint Polar Satellite System (JPSS) is launched. 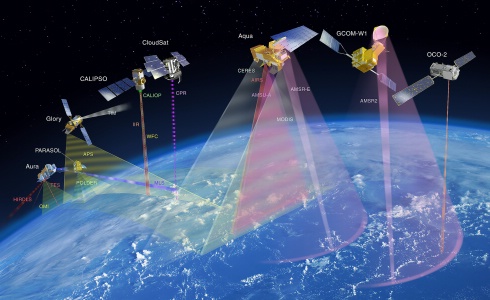 The first of this new generation, a prototype known as the Suomi NPP satellite, launched in October of 2011. The next JPSS launch scheduled for late 2016.  According this GAO report, there will likely be a data gap of 17 to 53 months between then end of NPP’s operational life and the next JPSS satellite launch. Other potential gaps relate to supplementary data provided by the Department of Defense’s Meteorological Satellite Program (DMSP) and the European Meteorological Operational (MetOp) satellite.

The results of all of this is a lack of atmospheric data that will effect us all, and not in a good way. For example the recent prediction of landfall for hurricane Sandy was within 30 miles of where it actually landed. This was not an accident, it was due to the data gathered by this fleet of satellites. Due the prediction accuracy lives were saved and preparations were able to be made well before the storm arrived. In addition the long term the climate study for important issues like global warming will suffer. We will not have a continuous data set for future generations of scientists to use in predicting the health of our planet. By allowinga gap in this critical data we could miss something that will later prove critical in predicting how Earths climate will behave.

There are not to many people left who can any longer say global warming is not a reality, at least not with a straight face. In not to many generations if current trends continue, places like New York City will be under water, the polar ice caps will be melted, and much of our current coastal areas will also be under the ocean. If all of that is acceptable then perhaps we should not worry about a gap in Earth observation data. If it does matter then, if not for our own sake, for the sake of our children, we should do something about it. We have to assure the continuity and quality of this data is addressed. I don’t know about you but the most important planet in the universe is Earth, it is the only home to known intelligent life, (Some may argue about the intelligent part), we need to take care of it.