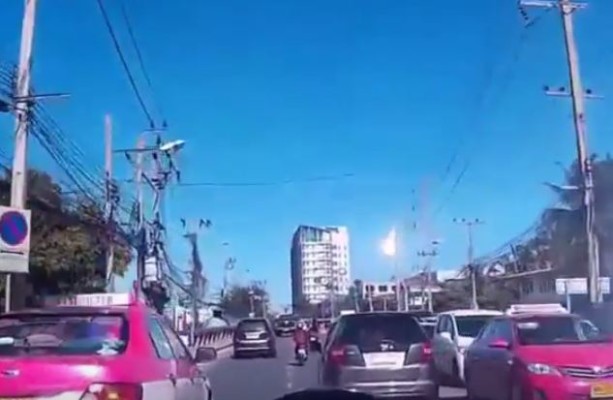 Image of Explosion in the sky over Bangkok September 7, 2195

Monday morning video captured what appears to be something re-entering the atmosphere over Thailand. There were several photos and videos of a mystery fireball that briefly illuminated the Bangkok sky.

The video above shows two different views of the event. There were no reported injuries or damage. The object burned up about 100 kilometers (62 miles) above the earth. The object does not appear to be man made space debris due ti the direction of travel, it is more likely something that came from space. In 2012 an explosion over Russia caused significant damage and injured over 1000 people.