Large filament seen on face of the sun 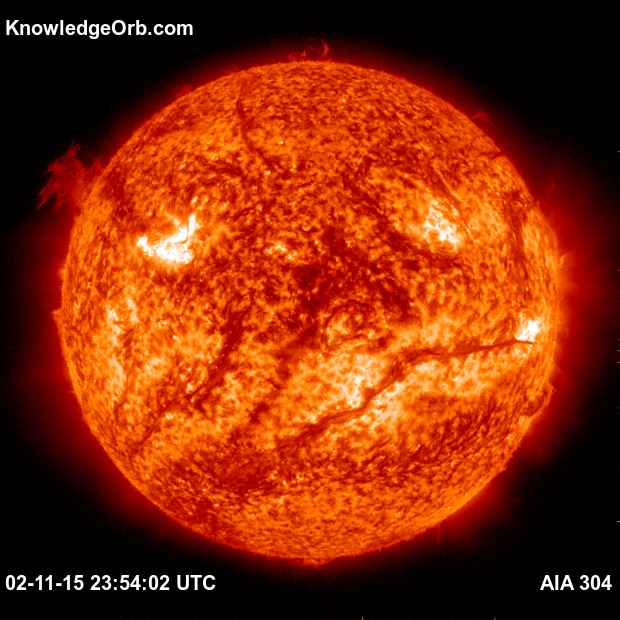 In this image from NASA’s SDO spacecraft you can see large filament crossing he lower face of the sun.

This image from NASA’s Solar Dynamics Observatory (SDO) shows a filament of solar material hovering above the sun’s surface. SDO shows colder material as dark and hotter material as light, so the line is, in fact, an enormous swatch of colder material hovering in the sun’s atmosphere, the corona. Stretched out, that line – or solar filament as scientists call it – would be more than 533,000 miles long. That is longer than 67 Earths lined up in a row. Filaments can float sedately for days before disappearing. Sometimes they also erupt out into space, releasing solar material in a shower that either rains back down or escapes out into space, becoming a moving cloud known as a coronal mass ejection, or CME. SDO captured images of the filament in numerous wavelengths, each of which helps highlight material of different temperatures on the sun. By looking at such features in different wavelengths and temperatures, scientists learn more about what causes these structures, as well as what catalyzes their occasional eruptions.

More live pictures and videos of the sun can be seen on the KnowledgeOrb Solar page.