Global Warming – Study shows Earth is going to be a very warm place. 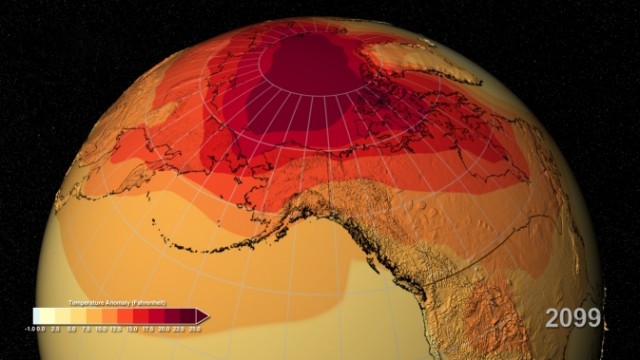 A recent study shows that the calculations which predict the global warming have been off, and not in a good way. New research shows the problem is worse than predicted. This research hinges on a new and more detailed calculation of the sensitivity of Earth’s climate to the factors that cause it to change, such as greenhouse gas emissions. Drew Shindell, a climatologist at NASA’s Goddard Institute for Space Studies in New York, found Earth is likely to experience roughly 20 percent more warming than estimates that were largely based on surface temperature observations during the past 150 years.

While multiple studies have shown the Northern Hemisphere plays a stronger role than the Southern Hemisphere in transient climate change, this had not been included in calculations of the effect of atmospheric aerosols on climate sensitivity. Prior to Shindell’s work, such calculations had assumed aerosol impacts were uniform around the globe.

Shindell’s climate sensitivity calculation suggests countries around the world need to reduce greenhouse gas emissions at the higher end of proposed emissions reduction ranges to avoid the most damaging consequences of climate change. “I wish it weren’t so,” said Shindell, “but forewarned is forearmed.”

Shindell’s paper on this research was published March 9 in the journal Nature Climate Change.