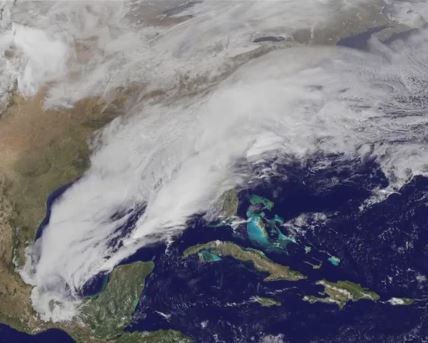 Much of the eastern United States was shut down due to a significant snow storm on February 12-13 2014. As you watch this video you can see the entire eastern U.S. covered in a blanket of clouds which dumped over a foot of snow in many areas.