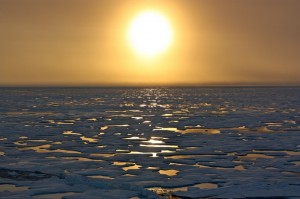 A new NOAA study projects that by 2050 heat-stress related labor capacity losses will double globally due to climate change. Those effected are people who do work out side or in hot factory environments such as firefighters, bakery workers, farmers, construction workers, factory workers. This will be particularly apparent in mid-latitude and tropical regions, which include South and East Asia, North America, and Australia.

“Most studies of the direct impact of global warming on humans have focused on mortality under either extreme weather events or theoretical physiological limits. We wanted instead to describe climate warming in practical terms that people commonly experience already,” John Dunne, Ph.D., of the NOAA Geophysical Fluid Dynamics Laboratory and lead author said.

Peak summer months of heat stress currently reduce labor capacity to about 90 percent of full potential. By 2050, labor capacity is predicted to drop to 80 percent in peak months, even with reductions of greenhouse gas emissions, according to the study.

This work represents a fundamental step forward in the ability to quantify the direct impact of climate warming on the global human population. The findings indicate that even with reductions of greenhouse gas emissions, heat stress would still force a doubling of labor capacity losses by the middle of this century, with more severe reductions under continued highest emissions scenarios out to 2200.

If greenhouse gas emissions continue to rise under the higher projections, increased heat stress would reduce labor capacity to 39 percent in peak months by 2200. In this case of 6 degrees C (11 degrees F) global warming, heat stress in New York City would exceed that of any location in the present day. Many areas would be unable to sustain safe human labor without environmental control, air conditioning for example, during the warmest months.

Humans have a range of temperature and humidity over which they can environmentally adapt and work safely and productively. The thresholds come from guidelines established by the National Institute for Occupational Safety and Health and adopted operationally by many institutions and military organizations around the world, including the United States Army.

“We were looking for a way to quantify how the climate warming projected by our models will impact the Earth’s population that was at the same time practical, relevant, physiologically sound, and made best use of our models’ strengths while accounting for their weaknesses. This new perspective quantifies the direct human impact of climate warming,” Dunne continued.