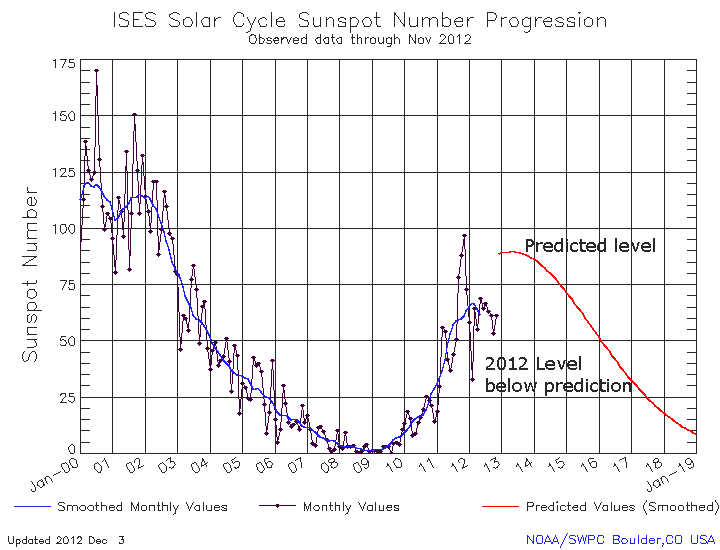 Every eleven years the sun experiences a peak of sun spot activity, we are nearing this peak period now but activity is low and below predictions. As you can see from the chart above the sun was actually well above average levels for sunspot activity in late 2011, but in 2012 it has been below the predicted levels, as can be seen by the red line.

What does this mean? It could mean that the peak actually came in 2011, a year early. The number of sun spots in 2011 did actually reach the predicted peak in terms of what should have happened in 2012. If this is the case we can look forward to decreasing levels in 2013.

However, it could also mean that this is the quiet before the storm and we are in for a significant increase in the number of sunspots from the low level we have  seen in 2012. The sun may actually make up for the low levels of activity we have been experiencing and over achieve to return is to the predicted numbers. If this happens 2013 will be abuzz with solar activity. Only time will tell but it looks like 2012 will end with a whimper as far as solar activity goes.