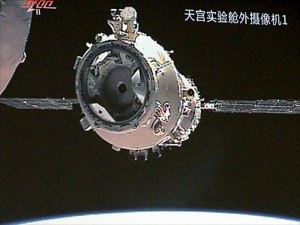 China will launch its first manned mission to its orbiting space laboratory in mid-June, according to state media reports and the country’s human spaceflight agency.
They will be using a March 2F rocket to launch three astronauts aboard a Shenzhou 9 capsule for China’s first manned space docking at the mini-space station Tiangong-1.

“It means China’s spacecraft will become a genuine manned shuttle tool between space and Earth. It can send human beings to space stations or space labs, This will be a significant step in China’s manned space flight history.” – Zhou