Video of Tornados on the Sun..too cool to miss 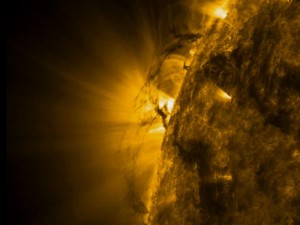 SDO images of tornados on sun

The video taken over a 30 hour period on February 7-8. 2012 shows a least 3 tornados.Until SDO was launched videos like this were not possible. The frames are taken 4 minutes apart. The science is great….but the video is just plan cool.