NASA’s future good or bad is up to us 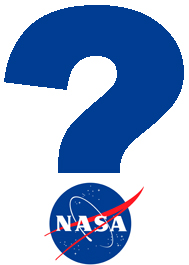 Editoral – This year basically ended the United States Manned launch vehicle effort. The Space Shuttle program ended and took away the ability of America to send a man into space with it. The Shuttle was an awesome machine but it was too aged and bloated for the task, it was time for the program to end. This sad turn of events has to be tempered by some of the outstanding successes of NASA. We should remember that with out a doubt, flawed as it is, the United States has the strongest space program of any nation. Our missions are what others try to achieve.

NASA has rovers on Mars (well one is still alive anyway) and another to launch November 2011, the best Earth Observation system on the planet – recently made even better with the launch of the cutting edge NPP satellite, satellites orbiting other planets and moons as well as the best deep space astronomical telescopes in existence. If the James Webb Space Telescope ever manages to get off of the ground this will be enhanced even further.

Those achievements are the envy of the world but what of the future of NASA? Why does it seem like there is no clear direction or goal. A visit to the NASA web site will offer some clues. If you look at the Future Missions link there you will see International Space Station, Mars Atmosphere and Volatile EvolutioN (MAVEN), and NuSTAR  →.

These three missions are all that is there..really? One of them is not new. ISS is already built. To see more look to NASA future Launches for 2012. You will see ten launches. Five of them are Russian launches supporting the ISS (Russians launch we watch) . One is a Space X launch (not really NASA doing it they are “participating” , another is a TDRSS Satellite launch on an Atlas V (OMG an actual launch by NASA), a Pegasus launch of the Nuclear Spectroscopic Telescope Array (NuSTAR), a Taurus launch from Wallops, and an Atlas launch from the cape of the Radiation Belt Storm Probes mission.

If you were counting that was five launches of rockets by NASA (I am giving them some credit for Space X, only three with Satellites or real “Missions”.  2013 is even worse with only four planned launches and all of those are Russian to the ISS. So what is going on? What is the plan here?

NASA spends more per satellite than any other nation. For example Russia just spend 150 million on the Phobos-Grunt Mission to Mars, where as NASA just spent 1.5 Billion…with a B … on  the Earth Observation Mission NPP.  Of course Phobos-Grunt failed to achieve an injection into a trajectory to get it to mars and it’s original mission has failed. They may have lost then entire satellite. Russia has not had a successful Mars Mission since 1996 so NASA must be doing something right. But does it really have to cost that much for a satellite? Could NASA find a way to keep launching missions that work and cut the cost, using the money that is saved to create new missions?

To add the the misery China is making major strides in their space program. With the clear decline in NASA missions, and the effort China is making at some point the tide will turn and the United States will no longer be the leader of the space fairing nations. It is not to late to turn the tide around but clearly it must be done. If we are not the leader here what is next? Will the U.S. start to send our manufacturing overseas and become a service economy with low paying menial jobs……oh wait a minute….

The health and vibrancy of NASA is a reflection of the U.S. Can we live without the NASA missions, yes. If NASA disappeared would the U.S. go on, of course…but not as the Nation we know. A nation and it’s future can be derived by looking at it’s cutting edge technology, research and development. These things trickle down to make the lives of it’s inhabitants better, and it’s future brighter. Supporting agencies like NASA with our votes and backing can help ensure not just the future of NASA but of the U.S. itself. Increased funding and better use of those funds would go a long way in making NASA something we can all stand behind and be proud of. The U.S. needs that more now than ever. Gone are the days of Apollo and the lump we all felt in our throats as we watch Neil Armstrong step on to the moon. But it does not have to be that way. We still have the power and the ability to do things that are awesome and inspiring. NASA needs it, the U.S. needs it, our children need it.