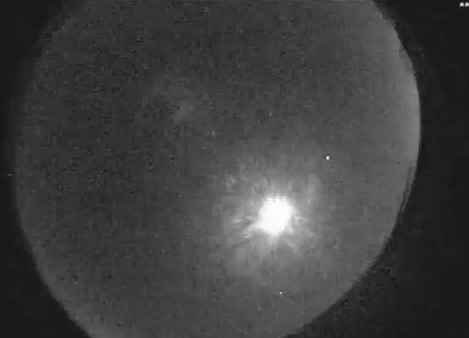 Weather permitting, the Geminid meteor shower is anticipated to bring up to 100 meteors per hour, with many visible to the naked eye. This annual event occurs due to small pieces of debris from an object called 3200 Phaethon. Long thought to be an asteroid, Phaethon is now classified as an extinct comet. In mid-December, as Earth orbits the sun, it passes through a stream of debris from 3200 Phaethon. This debris stream causes meteors to appear to come from the constellation Gemini. Typically, the best viewing will be in the hours just before dawn local time.

NASA followers interested in joining the online conversation can tweet questions to the Marshall Twitter account “@NASA_Marshall” or tag their tweets with the hashtag “#askNASA.” NASA meteor experts joining the tweet chat and answering questions include Dr. Bill Cooke, Danielle Moser and Rhiannon Blaauw, all of NASA’s Meteoroid Environment Office at Marshall.