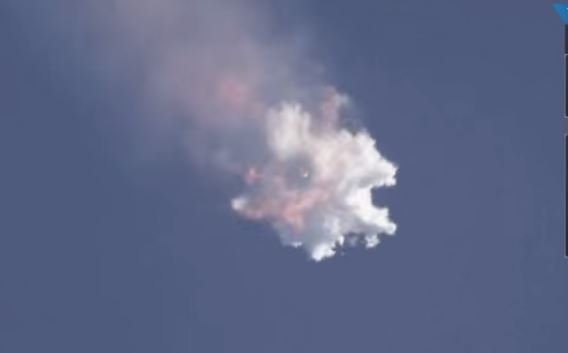 Falcon 8 Rocket explosion July 28, 2015. This failure appears to be out of the norm.

This failure was unusual in a few ways I will go into that in a bit but I want to be clear that failure of rockets is just part of the business. Were not making toasters here, the world seems to be a bit deluded and thinks that Hollywood is reality and this is easy…it is not. It is a risky dangerous business.

This failure is more unusual due to the apparent nature of the event. If you look closely at the video you will see some unusual features. Many times launch failures result in spectacular fireballs…this one did not..why? When a rocket engine fails it leaks raw fuel which then ignites and cause the spectacular fireballs we are used to seeing. In this case as the rocket fails you can actually see the engines still appear to be running normally. At 2:30 into the video below you can see the failure begin.

In these images you can see the failure starts at the top of the rocket and the engines are still running. 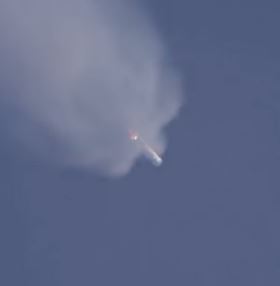 What appears to happen is a catastrophic structural failure at the top of the rocket. Perhaps the fairing that protects the payload failed or the dynamic pressure from the speed and the atmosphere was to great.

As the rocket starts to fail from the top down, essentially un-pealing, the fuel tanks are exposed and the fuel escapes creating a cloud of white vapor. As this is happening you can actually see the engines are still running, continuing to accelerate the rocket forward until almost the entire rocket as disintegrated, This is a particularly interesting video as it is clear the engine are still running for several seconds while the rocket is tearing itself apart, releasing fuel and debris but not exploding. It will be interesting to hear what the root cause of the failure is, but this time it does not look like there was an engine problem. Something structural happened. 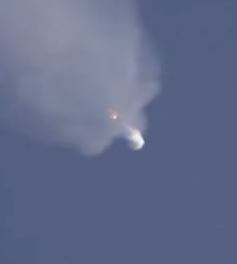 This image shows the failure beginning at the Top of the Rocket two seconds later. You can see the engines appear to be running normally.

Perhaps the protective payload fairing came off to early or loosened, or worse yet there is a design flaw in the rocket that caused it to not be able to handle the aerodynamic load. Also interesting is the way the launch vehicle totally disintegrates, as the event ends there do not appear to be any large pieces left, it has totally torn apart, This would not have been a good day for any SpaceX astronauts who happened to be on board.

In any case this is part of the business and should not be viewed as a failure but as a way to learn and make the rocket safer and better. Real life is much harder than people seem to think or learn from TV and the movies. SpaceX will figure out what happened and in the end have a better launch system. They plan to send an astronaut onto orbit in 2017 on a Falcon rocket.