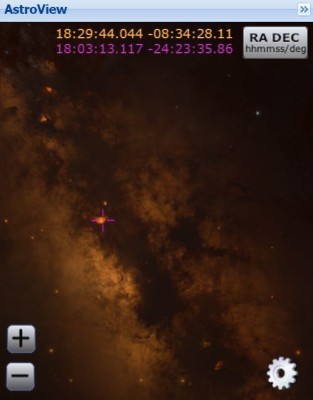 Screed shot of tool you can search the Hubble data archives with.

A new astronomy research tool which makes exploring the universe as easy as pointing and clicking has been released by our friends at Hubble. Now you can be your own research astronomer for fun or science research. This data archive puts you in control of one of the most powerful telescopes ever created by mankind. All of this incredible data available at the click of your mouse in the comfort of your home!

Astronomers at the Space Telescope Science Institute and the Johns Hopkins University, both in Baltimore, Maryland. They have created a new master catalog of astronomical objects called the Hubble Source Catalog. The catalog provides one-stop shopping for measurements of objects observed with NASA’s Hubble Space Telescope.

The Hubble Source Catalog is a database from which astronomers can obtain the Hubble measurements of specific astronomical objects they want to investigate. “The Hubble Source Catalog is arguably the Hubble Space Telescope’s ultimate legacy,” said astronomer Tamás Budavári of the Johns Hopkins University, a member of the Hubble Source Catalog development team. “Not only is it a one-stop shop, but it’s the first place to go. It’s the table of contents for and the summary of most Hubble observations. If a zillion investigators pointed Hubble in the same direction at their region of interest in different wavelengths, now we have taken all of those observations and put them together into a compilation of the measurements for all objects within that region.”….”Now we can have an even more holistic view of the Hubble universe because you can conduct multi-wavelength and time-domain analyses,” Budavári said. “Additionally, due to the improved accuracy of positions in the catalog, we can compare Hubble’s observations to those by other observatories, such as the Sloan Digital Sky Survey or the Galaxy Evolution Explorer.”

The catalog brings together observations from the three primary cameras that have served Hubble since 1993: the Wide Field Planetary Camera 2, Advanced Camera for Surveys, and Wide Field Camera 3. The three cameras combined make observations spanning a wide swath of the spectrum, from ultraviolet to visible and near-infrared light. The catalog lists all of the sources, and includes both a summary and compilation of the measurements for each object. The measurements include information about the brightness of sources, as well as a source’s color and shape. Astronomers released the first version of the catalog on Feb. 25.