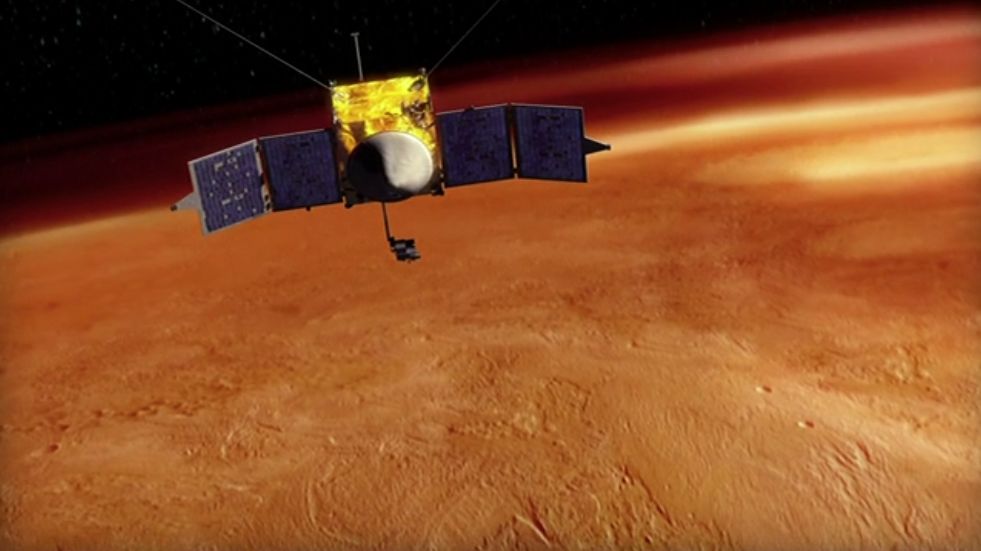 Mars had water, an atmosphere, and at was time was very Earth like…what happened? Where did the water go? These are the questions Mars Atmosphere and Volatile EvolutioN (MAVEN) is trying  to answer. This is the first mission devoted to understanding the Martian upper atmosphere. MAVEN will determine how much of the Martian atmosphere has been lost over time by measuring the current rate of escape to space and gathering enough information about the relevant processes to allow extrapolation backward in time.

After a five-week commissioning phase in orbit, during which it will get into its science-mapping orbit, deploy its booms, and do a final checkout of the science instruments, it will carry out a one-Earth-year mission. It will observe the structure and composition of the upper atmosphere, determine the rate of escape of gas to space today and the processes controlling it, and make measurements that will allow it to determine the total amount of gas lost to space over time.

“Successful checkout of the spacecraft and instruments is a major milestone in carrying out our mission,” said Dr. Bruce Jakosky, MAVEN principal investigator from the University of Colorado in Boulder. “While there are still a lot of things that have to happen properly before we get to Mars and can do the mission’s science, we are exactly where we need to be today.”