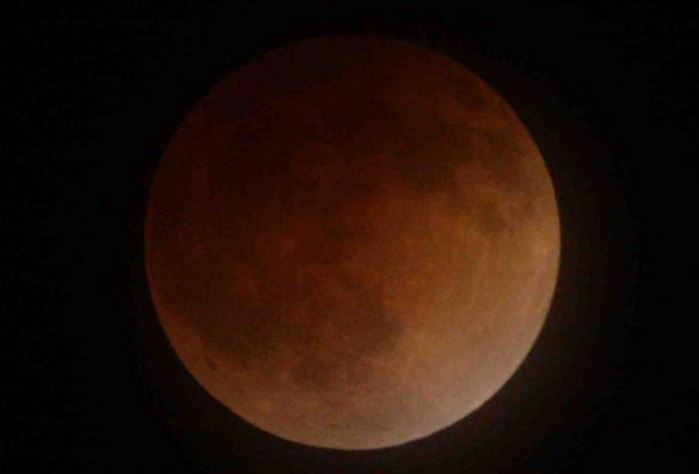 The United States was in a prime orbital position and time of day to view the eclipse on April 15, 2014. Depending on local weather conditions, the public got a spectacular view looking into the sky as the moon’s appearance changed from bright orange to blood red to dark brown and perhaps gray. The eclipse is a phenomenon that occurs when the Earth, moon and sun are in perfect alignment, blanketing the moon in the Earth’s shadow. The United States will not be able to witness a full lunar eclipse in its entirety again until 2019.

Lunar Eclipse as Seen From the Moon (Artist Concept)

With the lunar horizon in the foreground, the Earth passes in front of the Sun, revealing the red ring of sunrises and sunsets along the limb of the Earth. The “No Stars” frames omit the starry background and include an alpha channel.