Preparations continue for the first K2 campaign in the ecliptic plane … if it is approved, following the 2014 Astrophysics Senior Review of Operating Missions. 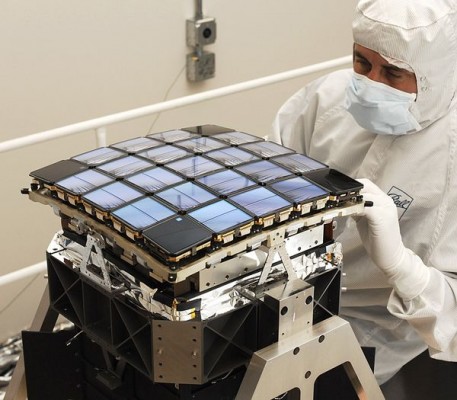 The vaunted Kepler Spacecraft had returned a wealth of data on planets outside our own solar system before a second of four reaction wheels failed ending the extended primary mission. The reaction wheels are used to point the spacecraft at the stars it is observing with great precision. There are four, with a minimum of three needed for operations. When faced with the loss of an otherwise healthy observatory engineers came up with a way to run a new modified mission using only the two remaining wheels. During the final test prior to this campaign engineers were very encouraged to see that the spacecraft operated throughout the test using the fine guidance sensors mounted on the focal plane. Unfortunately during that test they found one had failed.

The Kepler focal plane is approximately one foot square… composed of 25 individually mounted modules. Four years ago module three failed. This new failure, Module 7, appears to be another occurrence of the same, or very similar, problem. The investigation is ongoing, but it is likely to be another isolated occurrence of a part failure, with no overall implications to a potential K2 mission. The remaining 19 modules still allow for a very large view of the sky, and the target resources that would have fallen on Module 7 have been reassigned to the remaining modules. At this time, it does not appear that this will have any impact on the Campaign 0 planning.