MSL continues to send great images from Mars. Here are some of the better images that have thus far been transmitted.

You can see more images by at the NASA site. 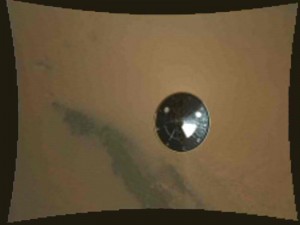 Heat shield about 3 seconds after it detatched 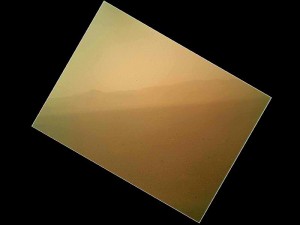 This view of the landscape to the north of NASA’s Mars rover Curiosity was acquired by the Mars Hand Lens Imager (MAHLI) on the afternoon of the first day after landing. 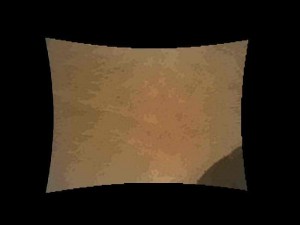 This color thumbnail image was obtained by NASA’s Curiosity rover during its descent to the surface on Aug. 5 PDT (Aug. 6 PDT). This image was obtained by Curiosity’s Mars Descent Imager. It illustrates the first appearance of the left front wheel of the Curiosity rover after deployment of the suspension system as the vehicle was about to touch down on Mars. It was taken within a few meters of the Martian surface 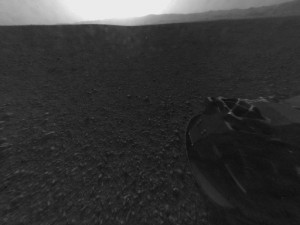 This is the full-resolution version of one of the first images taken by a rear Hazard-Avoidance camera on NASA’s Curiosity rover, which landed on Mars the evening of Aug. 5 PDT (morning of Aug. 6 EDT). The image was originally taken through the “fisheye” wide-angle lens, but has been “linearized” so that the horizon looks flat rather than curved. 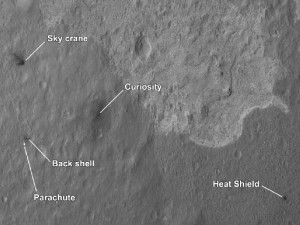