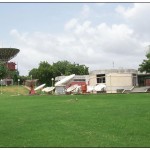 NASA recently made news with it’s MSL rover and now India is looking to flex it’s own technical capabilities with a new mission to Mars. Prime Minister Manmohan Singh on Wednesday said  “Recently, the Cabinet has approved the Mars Orbiter Mission. Under this Mission, our spaceship will go near Mars and collect important scientific information,” addressing the nation on the occasion of the 66th Independence Day.

“This spaceship to Mars will be a huge step for us in the area of science and technology,” Dr. Singh said.

They will be the sixth country to launch a mission to the Red Planet after the U.S., Russia, Europe, Japan and China. Other countries such as China and Japan have also launched missions but these had to be abandoned on route.

The Mars Orbiter Mission is expected to be launched in November next year with a 25 kg scientific payload. The mission will not be a lander but a satellite to study the Martian atmosphere. They will launch it on India’s Polar Satellite Launch Vehicle (PSLV) from the spaceport in Sriharikota in Andhra Pradesh. The spacecraft will be placed in an orbit of 500 x 80,000 km.

The India Union Cabinet on August 4, 2012 approved the Mars Orbiter Mission. At a cost of 60 Million dollars this is seen as perhaps not the best use of the budget dollars especially with the recent nation wide electrical supply infrastructure failures. In addition Britain, who sends India 280 Million per year in aid is also questioning the wisdom of this mission. Some London tabloids state that Britain is paying for this mission for India and British Aid should be removed.

One thought on “India Plans New Mission to Mars”