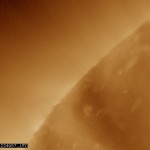 Today, June 5th, 2012, At 22:09 UTC, we will be able to see the planet Venus as a small dark dot moving  across the face o the sun. It will end at 04:49 UTC on June 6th. This is among the rarest predictable celestial phenomena,  They happen in pairs eight years apart from each other. This will not happen again until December 2117, and December  2125. 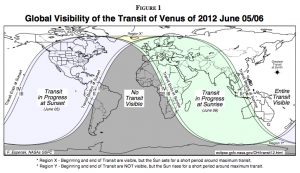 The entire transit will be visible from the western Pacific Ocean, northwesternmost North America, northeastern Asia, Japan, the Philippines, eastern Australia, New Zealand, and high Arctic locations including northernmost Scandinavia, and Greenland. The safest way to watch a transit is to observe an image of the Sun projected onto a screen through a telescope, binoculars, pinhole, or reflected pinhole.