Speed of light not exceeded after all by CERN…sigh… 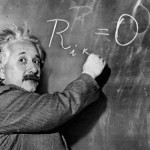 About six months ago CERN reported that they had exceeded the speed of light in an experiment which sent particles across the earth. Albert can sleep easy knowing his law still stands. According to CERN press release:

The ICARUS experiment at the Italian Gran Sasso laboratory has today reported a new measurement of the time of flight of neutrinos from CERN to Gran Sasso. The ICARUS measurement, using last year’s short pulsed beam from CERN, indicates that the neutrinos do not exceed the speed of light on their journey between the two laboratories. This is at odds with the initial measurement reported by OPERA last September.

“The evidence is beginning to point towards the OPERA result being an artefact of the measurement,” said CERN Research Director Sergio Bertolucci, “but it’s important to be rigorous, and the Gran Sasso experiments, BOREXINO, ICARUS, LVD and OPERA will be making new measurements with pulsed beams from CERN in May to give us the final verdict. In addition, cross-checks are underway at Gran Sasso to compare the timings of cosmic ray particles between the two experiments, OPERA and LVD. Whatever the result, the OPERA experiment has behaved with perfect scientific integrity in opening their measurement to broad scrutiny, and inviting independent measurements. This is how science works.”

The ICARUS experiment has independent timing from OPERA and measured seven neutrinos in the beam from CERN last year. These all arrived in a time consistent with the speed of light.

“The ICARUS experiment has provided an important cross check of the anomalous result reports from OPERA last year,” said Carlo Rubbia, Nobel Prize winner and spokesperson of the ICARUS experiment. “ICARUS measures the neutrino’s velocity to be no faster than the speed of light. These are difficult and sensitive measurements to make and they underline the importance of the scientific process. The ICARUS Liquid Argon Time Projection Chamber is a novel detector which allows an accurate reconstruction of the neutrino interactions comparable with the old bubble chambers with fully electronics acquisition systems. The fast associated scintillation pulse provides the precise  timing of each event, and has been exploited for the neutrino time-of-flight measurement. This technique is now recognized world wide as the most appropriate for future large volume neutrino detectors”.