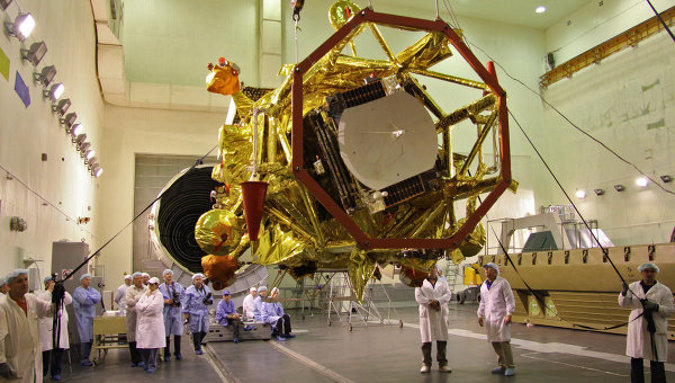 “ESA’s tracking station at Perth, Australia, established contact with Russia’s Phobos-Grunt spacecraft,” the agency said on its website on Wednesday. “This was the first signal received on Earth since the Mars mission was launched on 8 November.”

“ESA teams are working closely with engineers in Russia to determine how best to maintain communication with the spacecraft,” it said.

The communication occurred at 20:25 GMT on Tuesday.

ESA spokesman Rene Pischel told RIA Novosti this was “only the beginning of a process.”

On Tuesday, ESA said it would use its stations in French Guiana, the Canary Islands and Spain to regain control of the Phobos-Grunt spacecraft.

The wayward craft, designed to collect soil samples from Mars’ moon Phobos, launched successfully but then its engines failed to put it on course for the Red Planet.